FEV (Forschungsgesellschaft für Energietechnik und Verbrennungsmotoren) was founded in 1978 as a privately held company by Prof. Franz Pischinger who, at the time, headed the Institute for Applied Thermodynamics at the Technical University of Aachen. We have grown into an internationally-recognized leader in the design and development of internal combustion engines, conventional, electric, and alternative vehicle drive systems, energy technology, and a major supplier of advanced testing and instrumentation products and services to some of the world's largest OEMs.

In 1985, FEV expanded its business into North America, initially in California, and then relocating in 1987 to suburban Detroit, Mich., where FEV’s North American Technical Center , constructed in 1997, is located.

After significant growth and expansion in Europe and the U.S., FEV entered the Chinese market with the establishment of an office in Beijing, China in 1998. Entering the new millennium, with its Asian business growing rapidly, FEV established its Asian Technical Center in Dalian, China, providing the company with a powertrain and vehicle development facility to support its customers in that region.

Most recently, in 2009, FEV completed construction of its new India Technical Center in Pune.

As vehicle propulsion systems continue to evolve, becoming more integrated and complex, FEV’s service capabilities have expanded into the area of transmission and driveline development. The introduction of electric and hybrid electric propulsion systems, as well as the development of alternative fuel vehicles, also provide opportunities for FEV to expand is service offering. FEV also provides services in the areas of vehicle integration and calibration, wind power, and test and instrumentation systems. 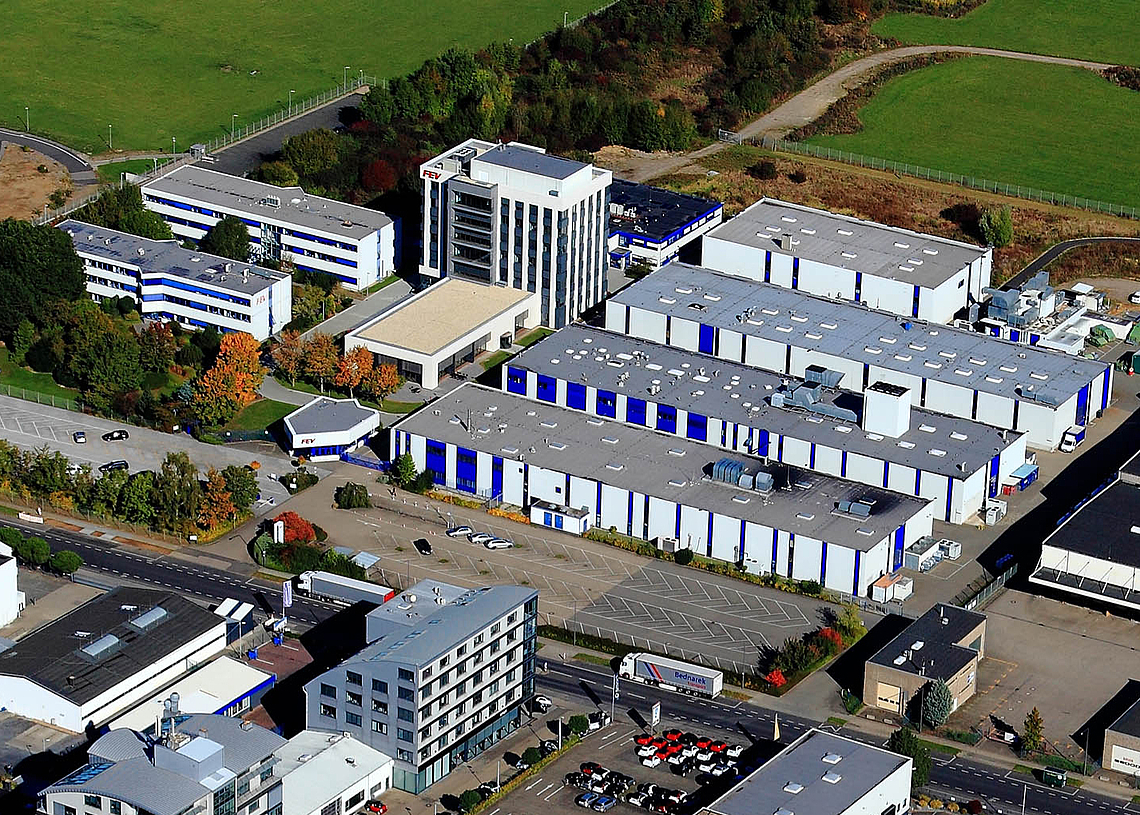 Supporting its customers from advanced technical centers located on three continents with skilled research and development specialists, FEV has grown from its humble beginnings in 1978 to a global, highly-respected engineering services firm serving multiple industries.

In 2013, FEV acquired the electronics company DGE Inc. which operates as subsidiary in the US market together with the FEV Inc. in Auburn Hills, Michigan. With the integration of the company, we have expanded our competences in the fields of electronics and automotive engineering as well as in the telematics and infotainment systems.

In March 2015, we took over the French test system and engineering service provider D2T Powertrain Engineering S.A. as well as all business of D2T in France, the subsidiaries in Germany, China and the USA as well as the shares in South Korea and Japan. Thereby we extended our engineering capacities as well as our product and service portfolio in the field of test systems.

The year 2016 was all in terms of the topics connected and automated driving, cyber security as well as alternative powertrains. The FEV expanded its competence spectrum by two new companies and one new development site to come up with these forward-looking fields.

In June 2016, the FEV Beijing Vehicle and Powertrain Development Center was opened to be even better able to support the customers in Europe and China with their product development. The drive systems of the future will be created here: highly efficient engines and transmissions, electric motors, batteries and fuel cells. Clean air and high energy efficiency are the goals.

In October 2016, we acquired a 51-per-cent stake in Michigan-based automation and testing products maker TrigTec that serves the industrial market with products that provide in-process manufacturing related testing capabilities, along with creating automated systems for plant processes. With this acquisition FEV complements the portfolio of its business unit “Software and Testing Solutions” with testing capabilities.

Another major step was taken in November 2016: the FEV acquired a majority interest in vehicle body system developer Imperia GmbH which develops innovative lightweight automotive solutions, ranging from individual components to the entire vehicle body. Through this strategic expansion, we expanded our expertise in the full vehicle development business segment.

The year 2017 already started with an important innovation for the FEV: in January, the company name of FEV GmbH was changed to FEV Europe GmbH. The increasing globalization of our activities led to the establishment of regional subsidiaries. The new name, FEV Europe GmbH, reflects the role of FEV GmbH as our European headquarters and makes this clearly visible for clients and business partners.
Furthermore, the global expansion of FEV continued: at the beginning of 2017, we acquired the shares and business of etamax space GmbH which offers danger and risk analysis to its clients in the automotive, aerospace, and railway engineering industries for complex, safety-critical systems and their software. With the integration of etamax space GmbH into the FEV group, we gain important, additional expertise in the field of safety assessment for driving assistance systems, thus strengthening our Smart Vehicles engineering unit.

Also in 2017, FEV, continued to push ahead with its global “smart vehicle” development efforts by establishing a global center of excellence (CoE) focusing on the interdisciplinary development of connectivity and the automation of future vehicle development. In addition to the integration of advanced driver assistance systems and automated driving functions (ADAS and AD), this will include infotainment and telematics systems as well as connected vehicle networking – meaning Car2X and Car2Cloud communication and the closely linked topic of cyber security.