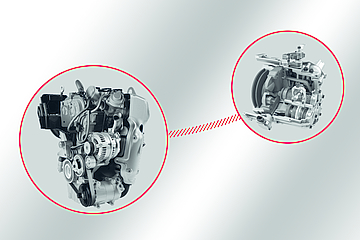 Real-time connected test benches speed up development: The virtual shaft of FEV and VKA controls the dynamometers in two separated test benches in a way that achieves the equivalent system behavior of a real mechanical shaft (Source: FEV GmbH).