When looking at functional safety for series production road vehicles, the ISO 26262 standard provides a detailed outline of the development process. However, when developing a prototype or demonstrator vehicle, there really isn’t an applicable standard to follow. The development efforts included in ISO 26262 exceed the scope for a prototype build.

So, what is an engineer to do? Functional safety still must be considered for a prototype or demonstrator vehicle to protect drivers, passengers and people in the vicinity of the vehicle safe from harm caused by a vehicle malfunction.

Preliminary Item Definition
Let’s say we have a prototype in which we are transforming a conventional powertrain into a P2 hybrid powertrain. In addition to integrating a high-voltage system, modifying the powertrain to be electric has safety implications. In this situation, the preliminary item definition would describe all the functionalities, operating modes, interfaces and operating conditions of the P2 hybrid system.

High-Level Hazard Analysis and Risk Assessment
The main steps in this task are the selection of relevant use cases for the prototype vehicle, the Functional Hazard Analysis (FHA) and the risk assessment of the resulting hazardous situations. Each function is assigned a standard malfunction from the FHA, and once combined with use cases, the malfunction results in a hazardous situation.

Here’s an example for the e-drive function using our sample prototype scenario:

According to ISO 26262, the risk assessment would be based on three criteria:

But to provide an exact determination for these criteria would be extremely time consuming, so the FEV process includes a simplified, conservative rating catalog (see Figure 2). This is how the risk level is calculated, rather than using an Automotive Safety Integrity Level (ASIL) defined in ISO 26262.

For our e-drive example, here’s what the rating would look like:

By taking these steps, we would achieve an Acceptable risk level where Exposure (2) + Controllability (1) = 3 and Severity remains at 3.

Of course, this is just one scenario for the prototype vehicle that needs to be considered. Other risks may rate as High, requiring further safety measures (e.g., monitoring algorithms). These additional measures could also be used for the mitigation of lower-rated risks, allowing for an avoidance of restrictions such as limitation of use cases or operation of the vehicle by trained drivers only.

Once defined, the safety measures must be implemented and tested before actual use of the prototype vehicle can start.

Have questions about how FEV can help you? 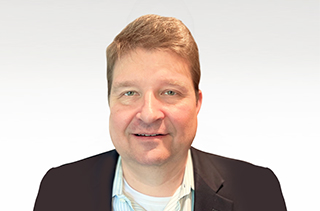