The term GOING CHINA has been one of FEV’s main initiatives since more than 20 years. FEV has been and is working with local as well as international vehicle manufacturers and suppliers in China.

FEV has established several development centers in China, two main companies in China which are FEV Dalian (founded in 2004) and FEV Powertrain Technology (founded in 2016) in Yanjiao near Beijing. Furthermore, FEV China operates several subsidiaries in Beijing, Shanghai and Wuhan, We plan 360 employees in 2017, and till now, 273 colleagues have been on board. 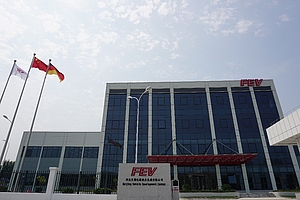 FEV Powertrain Technology (Beijing, China) is built up in 2016 in Yanjiao which is close to Beijing. As the main powertrain development center, FEV Powertrain Technology (Beijing) includes 6 Test benches now. Furthermore we also have a vehicle workshop, a charging station for electro car, a fuel station for conventional vehicles. And soon we will build up a battery test bench as well as an e-motor powertrain test bench in the future. 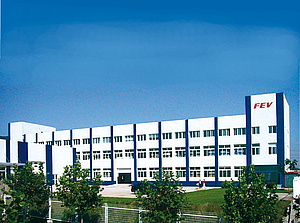 FEV China Co. Ltd (Dalian, China) was set up in 2004, including 13 test benches because of its technology base, university background, the international sea harbor and its proximity to Japan and Korea.  Furthermore a production facility for test bench systems is operated in this headquarters.

In Shanghai our vehicle application center has been founded in 2008. Providing engineering service in wider range covering all BUs, and a quick response to customers in Shanghai region.

The establishment of FEV China provides additional customer commitment and dedication, providing local support to your development activities in China (e.g. with engine development scopes, integration of powertrains into vehicles, calibration and through fleet testing).