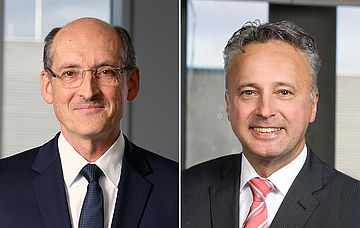 Dr. Ernst Scheid (l.) has assumed the chairmanship of the executive board of the newly-founded FEV Asia GmbH. Dr. Michael Wilhelm has been appointed executive vice president. (Source: FEV GmbH) 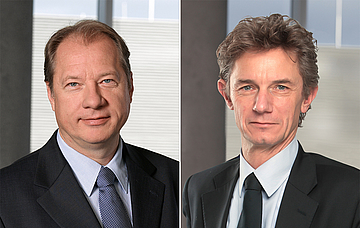 Dr. Jens Ludmann (l.) has been named chairman of the executive board at FEV GmbH. Dr. Norbert Alt, vice president business region Europe & South America, has become a new member of the board. (Source: FEV GmbH)