Multi-disciplinary optimization approach is unique in the industry 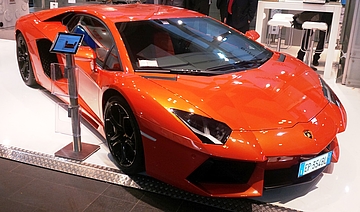 Aachen, Germany, October 7, 2013 – A reduced-friction gasoline engine mock up will be making its debut at the Aachen Colloquium for Automobile and Engine Technology, 7 – 9 Oct., 2013.  The low friction engine was created by Aachen, Germany-based FEV GmbH, (FEV), a leading developer of advanced powertrain and vehicle system technologies.  FEV used its friction database — the world’s largest — in-house software and other engineering tools to cost effectively reduce CO2 emissions and improve fuel economy.

These friction reduction measures, which can be applied to the crankshaft and pistons, valvetrain, lubrication and cooling circuits as well as transmission, tend to be much less expensive than electrification while providing a large fraction of the benefit. Data from FEV’s floating liner single-cylinder test engine is combined with advanced CAE simulations to create an optimization menu that engineers can choose from to develop the best methods for achieving largest friction reduction results at lowest cost.  The friction database serves as a continuous benchmark against which FEV engineers measure development progress.

The application of these and other friction reduction measures, via detailed optimization of both engine and transmission components, show that a fuel consumption reduction in the NEDC of more than 8% is possible for a C-class vehicle with a 1.8-liter turbocharged, inline, four-cylinder engine. Not only does this technology cost far less than hybridization, the friction reduction benefits that are gained through this process remain compatible with nearly all future vehicle technologies.