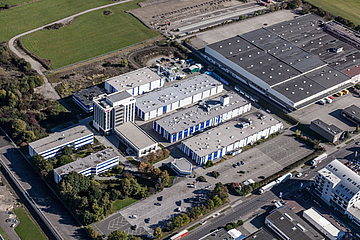 Aachen, June 2018 – On June 15th, the festivities for the 40th anniversary of FEV will officially begin. Founded in 1978 by Professor Franz Pischinger with three employees, the corporate group, now 5,300 employees strong, is one of the internationally leading service providers for engine and vehicle development. On the occasion of this major anniversary, high-ranking personalities from the transit and transportation industry, and from local government have been invited to a technology colloquium. In this context, speeches will be given by the premier of the state of North Rhine-Westphalia, Armin Laschet, and the first mayor of the city of Aachen, Dr. Margarethe Schmeer.

The event framework and the guest list suggest that this is a special occasion. Four decades ago, the success story of FEV, a spin-off of the RWTH, started in small apartment near the university. Professor Franz Pischinger, then owner of the Institute for Applied Thermodynamics at the RWTH, was in charge of a small group of dedicated engineers there and aimed to optimally put research and theory into practice. Shortly thereafter, the development of innovative solutions for the industry began. Countless developments followed in the subsequent years. Many of these innovations were incorporated into serial production and thus achieved a far-reaching impact on the technology of drive systems.

In particular, the reduction of fuel consumption and emissions was the focus of the development work at the time – areas of research that are still part of FEV’s core competencies today.

With the company headquarters located in a small apartment on Augustinergasse and close to the RWTH campus, FEV had access to the university test benches and was able to quickly make a name for itself in the industry. However, it rapidly became apparent that FEV would require its own long-term infrastructure for the development and testing of its innovations. Thus, in 1982, the first Technical Center was opened on Jülicher Straße in Aachen, enabling the testing and validation of drive concepts. At the time, the concept of container test cells was innovative, but in the meantime it has been established in testing facility design and is already being used worldwide by leading companies.

Growing Fields of Expertise
As the company grew, so did its expertise in various areas of development. The Board quickly recognized that, in light of increasingly complex vehicles, the company’s basis of expertise would have to be expanded in order to retain its market leadership position and to continue to offer customers added value in view of growing requirements. Therefore, in addition to the original research and development work in the field of Diesel engines, FEV now offers extensive software, development, and test services for gasoline engines, hybrid and strictly electric drive systems, and transmissions. Other core competencies are the development of alternative fuels, automated driving, assistance systems and vehicle connectivity.

Innovations for Sustainable Mobility
Even with advancing technology and innovative drive concepts, FEV has never lost sight of the goal it has pursued since its foundation –, making mobility sustainable by increasing the efficiency of drive systems and reducing emissions. To date, many of the company’s innovations have contributed to this goal being achieved. Examples include the Diesel particle filter or direct fuel injection for turbocharged gasoline engines. Also worth mentioning is the 3-cylinder Ecoboost engine with direct injection, which implemented the downsizing idea, i.e. making the engine smaller while simultaneously increasing efficiency, and which was named "International Engine of the Year" six times in a row.

In addition to these technological highlights, other innovations geared toward reducing fuel consumption and emissions took effect, including different transmission solutions, such as the 7-/10-speed dual-clutch transmission, alternate systems for variable compression ratios in combustion engines, as well as range extenders for hybrid electric vehicles. Developments in the field of battery and performance management systems for hybrid and strictly electric vehicles should also be recognized.

"In the beginning, many did not believe that our idea would work, since we experienced a lot of headwind. The political world, for instance, didn’t want FEV to ever have more employees than my institute at the time, meaning around 70," says Professor Franz Pischinger, founder and former chairman of the board. His son, Professor Stefan Pischinger, currently chairman of the board and managing partner of FEV Group GmbH, looks back with satisfaction on 40 successful years of FEV and adds: "Nobody mentions that today and we are extremely proud of our more than 5,300 employees. They are, and always have been, the driver of our success."

In their honor, as part of the anniversary weekend, there will also be a large party to which all members of the FEV family and their loved ones are invited.