FEV officially opened the new Beijing Vehicle Development Center in June 2016. The new FEV development center is located close to the Beijing airport in one of the automotive centers of China. The cornerstones of the first phase of construction include 10,000 square meters of office space on a 30,000 square meter large plot, eight ultramodern test benches for conventional and electric drives, 150 office workplaces as well as an affiliated vehicle application facility. Other expansion phases have been planned and will be implemented, as required, thanks to the use of functionally-organized basic structures as well as a modular design of the buildings and the central technical facilities.

Further test benches and chassis dynos are in plan to meet the growing needs of Chinese market. 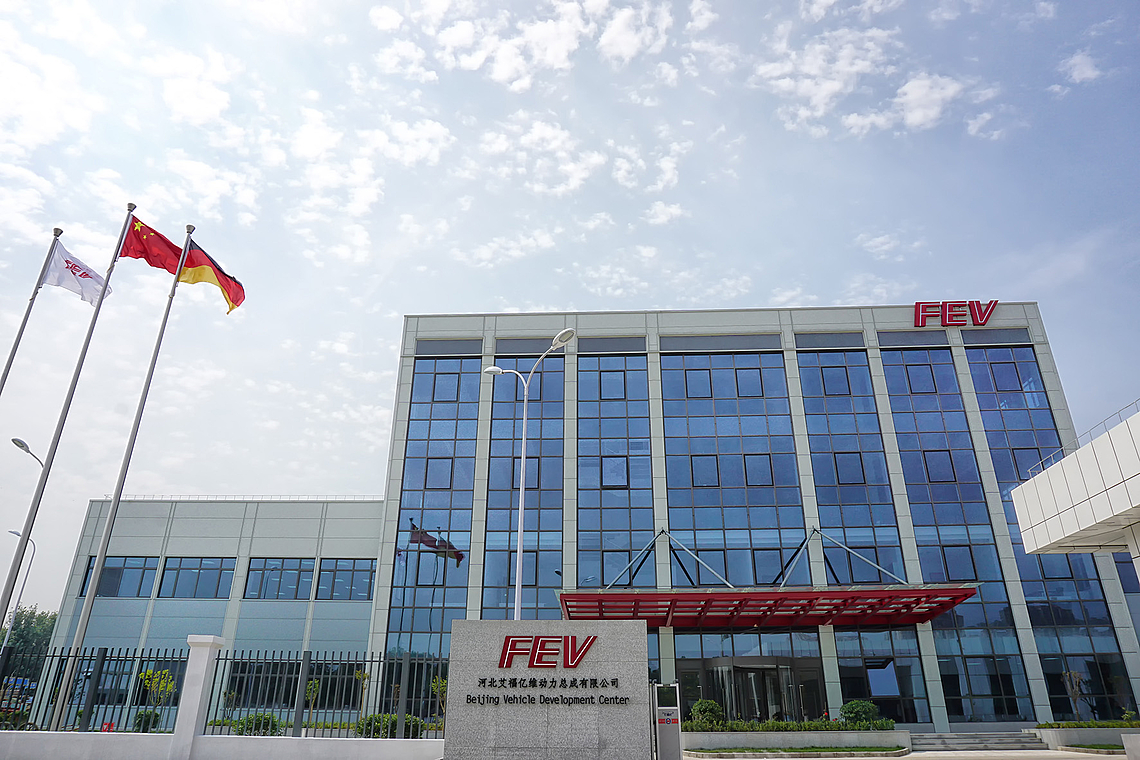