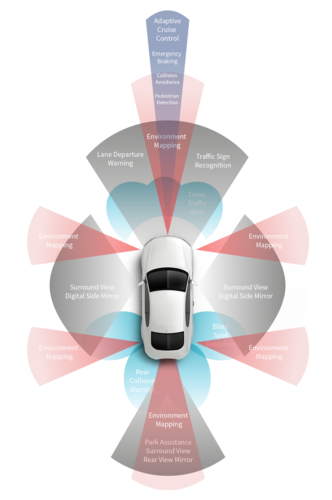 About FEV
FEV is a leading international, independent service provider for hardware and software in vehicle and powertrain development, as well as the energy industry. The range of competencies includes the development and testing of innovative solutions up to series production and all related consulting services. The range of services for vehicle development includes the design of body and chassis, including the fine tuning of overall vehicle attributes such as driving behavior and NVH. FEV also develops innovative lighting systems and solutions for autonomous driving and connectivity. The electrification activities of powertrains cover powerful battery systems, e-machines and inverters. Additionally, FEV develops highly efficient gasoline and diesel engines, transmissions, EDUs as well as fuel cell systems and facilitates their integration into vehicles suitable for homologation. Alternative fuels are a further area of development. The service portfolio also includes tailor-made test benches and measurement technology as well as software solutions that allow efficient transfer of the essential development steps of the above-mentioned developments, from the road to the test bench or simulation. For defossilization of the entire energy value chain, FEV offers energy management and infrastructure solutions from a single source, which intelligently link and holistically optimize power and heat generation, mobility, and industry. The FEV Group currently employs 6500 highly qualified specialists in customer-oriented development centers at more than 40 locations on five continents.