Auburn Hills, Mich., August 2, 2012 – FEV, Inc., (FEV) a leading developer of advanced powertrain and vehicle technologies, announced today that it is making a significant investment in the addition of Compressed Natural Gas (CNG) engine testing capabilities. CNG is viewed as one of the most viable near-term solutions to reduce U.S. dependence on foreign oil. Converted test cells are expected to be operational by October of this year. Gary Rogers, FEV, Inc. president and CEO, made the announcement.

“We have always viewed CNG as one of the most viable alternatives to traditional petroleum-fueled powertrain technology.  The addition of CNG testing capabilities was an integral part of our long-term business plan,” said Rogers. “With customer requests becoming more frequent, and with the development of advanced natural gas (NG) extraction technologies, we felt the time was right to make this investment.”

FEV has a long history in the development of CNG-powered engines, and most recently showed its lean burn Advanced Turbulence Assisted Combustion (ATAC) system at various powertrain symposiums around the world.

When complete, FEV’s CNG engine testing capabilities will range from base engine development and calibration to vehicle integration and design and development of controls and algorithms.

Conversion of test cells is underway.  When completed

Conversion of existing test cells is relatively straightforward, with many of the modifications focusing on safety.

CNG as a fuel offers many advantages, according to Dean Tomazic, vice president of FEV’s Light-Duty Engine Division. First, it is an abundant resource with a projected capacity of about 100 years. This largely domestic resource could significantly offset U.S. dependence on foreign oil, according to FEV.

Further, CNG is a high-octane fuel source that would result in reduced knocking sensitivity, allowing for increased compression ratios that would enhance engine efficiency. Use of CNG has the potential to reduce CO2 emissions over gasoline by 25 percent, and 15 percent compared to diesel fuel. Lean-burn versions have the potential to reduce CO2 emissions even more, about 30 – 35 percent.

Homogeneous CNG combustion is a mature technology, according to Tomazic, with numerous light and heavy-duty engines designed to run on CNG. With mature extraction technologies, an anticipated expansion led by both consumer demand and automakers seeking to comply with future emissions and efficiency standards, CNG use could rise very quickly, dependent primarily on the country’s ability to create a refueling infrastructure. 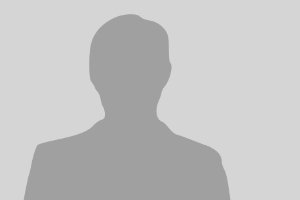